A Thief in the Library? (+ giveaway!)


Some writers think of research as alien to the craft of serious fiction, but I've always seen it as a way of dreaming, and of taking me places I never could have imagined on my own. When I began working on The Icon Thief, I knew right away that it would involve considerable research, which was just how I wanted it: writing fiction is my best excuse to learn things I wouldn't have known otherwise, and this particular plot, which I knew from the start would be about the New York art world, offered some enticing prospects.

I would get to visit museums and galleries; to haunt libraries and auction houses; and to dive deeply into works of art history, notably those involving the artist Marcel Duchamp, whose enigmatic final masterpiece Étant Donnés lay at the heart of the story. All these were subjects that I could research in books, by talking to experts, and through firsthand experience, but there was one area that posed a rather different challenge: the world of art theft. Because I knew that at some point in my novel, one of my characters would steal a painting. And at first, I had no idea how.

I began by reading everything I could find on art theft and investigation, casting my net as wide as possible. On the criminal side, I read books like The Irish Game: A True Story of Crime and Art by Matthew Hart; The Rescue Artist by Edward Dolnick; and the technical Art Theft and Forgery Investigation by Robert E. Spiel. Turning to the history of art theft on a national level, I read The Lost Museum: The Nazi Conspiracy to Steal the World's Greatest Works of Art by Hector Feliciano and The Rape of Europa by Lynn H. Nicholas, both of which gave me valuable background material on the looting of art during World War II, which plays an important role in the novel. I devoured countless articles and sections of larger books on famous art thefts, ranging from Louis Béroud's abduction of the Mona Lisa to the theft of The Scream in Oslo.

And, of course, I learned as much as I could about heists and thievery in general, even spending some time casing the neighborhoods in the Hamptons and Brighton Beach that my fictional thief would be targeting. (In retrospect, I'm lucky I wasn't arrested, either there or at the Philadelphia Museum of Art, where I covertly did some questionable things to research the novel's conclusion. But that's a story for another time…)

The beauty of research, when properly pursued, is that it constantly opens up new possibilities, even as the constraints it imposes force you to work all the harder. In my case, for instance, I was compelled to consider the sticky problem of how a famous work of art could be unloaded without attracting attention. Along the way, I learned that certain paintings, because of their value and relative portability, had been used as collateral for drug or weapons transactions; I read about the "period of repose," the length of time, which varies from country to country, after which a stolen painting can be sold without risk to the buyer; and I found myself confronting the practical problems of transporting a fragile work of art, although my experience as a painter in college, in which I had often built and taken apart wooden stretchers, saved me a lot of trouble.  And the research I conducted was a constant source of ideas and inspiration. Ultimately, I came up with a heist scenario that struck me as detailed, plausible, and elegant, and which also had room for such flourishes as the handheld laser my thief constructs to elude part of the security system. (Like many suspense writers, I'm a sucker for this sort of thing.)

And it's important to remember that this kind of research isn't primarily about factual accuracy, although I made every effort to make my novel as correct in its details as possible: it's about acquiring the material for dreams. A story doesn't arise from nothing, and research, along with personal experience, forms the clay that a novelist can shape to his own ends, once he's had a chance to mull it over. (This is why it's generally a mistake to do a lot of research online; at least at first: it may be more convenient, but real books, to my mind, are much more conducive to sustained imagination.) And it's also crucial to know when to stop.

For some novelists, research becomes a crutch or a means of procrastination: there's always one more book, one more article, one more elusive fact. After a certain point, however, the hard work of plotting needs to begin, with the necessary research picked up along the way or postponed until a more convenient time. In my case, when I began writing The Icon Thief, I knew how my thief would steal a painting, but not what he would do once he got it. And in the end, I was as surprised as anyone by what happened next. 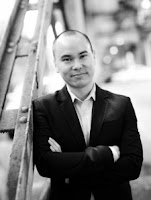 Alec Nevala-Lee was born in 1980 in Castro Valley, California. He graduated from Harvard College with a bachelor's degree in Classics, and worked for several years as an associate at a global investment firm based in New York. His first novel, The Icon Thief, was released by Signet in March 2012. A sequel, City of Exiles, will be published in December, with a final installment to follow in the summer of 2013. He lives with his wife in Oak Park, Illinois.

The Penguin Group has kindly offered to give a copy of THE ICON THIEF to two people who comment on this blog post.  US entries only, please.
Make sure your contact info is in your comment!