The Los Angeles Times Book Prize shortlist was announced yesterday.  Most of the awards will be presented on Friday, 19 April 2013 at the  Bovard Auditorium on the USC campus.

The 2012 Nebula Awards (Science Fiction & Fantasy Writers of America) shortlist can be found here. The awards will be presented at the Forty-Eighth Nebula Awards Weekend, May 16-19th in San Jose. 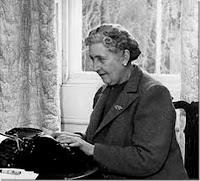 The Agatha Awards shortlist has also been announced.