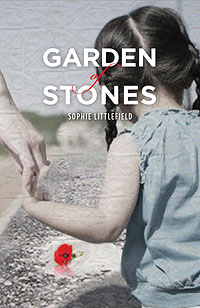 It's San Francisco in 1978.  Patty Takeda, preparing  to get married in less than two weeks, is staying with her mother Lucy.  She's awakened one morning by the doorbell:  a detective has come to interview Lucy about the fatal shooting death of an acquaintance.

Lucy and Reginald Forrest had known each other decades earlier, when she and her mother were interned at Manzanar, and Lucy had been seen in the area of the gym he owned around the time Forrest was believed to have died.

Lucy and her mother Miyako were sent to to the internment camp at Manzanar along with thousands of other Japanese-Americans after the attack on Pearl Harbor when Lucy was just fourteen.  It was especially hard for them because Lucy's father, much older than Miyako, had recently passed away, so not only were they still mourning him, they had no male protector.

As Sophie Littlefield leads us through life in Manzanar and afterwards, through Lucy's eyes, we feel as though we are experiencing it ourselves.  What the two women must endure is heart-wrenching and painful; difficult to read, but compelling.

This book isn't intended for a young adult audience, but it describes an important part of American history in a way that they will really comprehend.

FTC Full Disclosure:  Many thanks to the Harlequin and Edelweiss  for the e-galley.