Hockey season is over

Yes, it's true. Hockey season ended last Monday when the Los Angeles Kings dramatically won the Stanley Cup. To make that hockey feeling last a little longer, I decided to read and review a book with a hockey thread.

Homes in Starvation Lake are being burgled while the residents are at bingo.  Six houses have been broken into, but nothing appears to have been stolen.  The sheriff's department is flummoxed, and the populace is becoming restless.

As if things weren't bad enough, Deputy Darlene Bontrager Esper's mother Phyllis is killed while sitting with Gus Carpenter's mother Beatrice, who's having health issues.  Gus can't tell if his mother is having trouble answering questions about the incident because of her dementia or other, more personal reasons.

A voice-mail message left on Darlene's cell phone by Phyllis provides a clue for Darlene and Gus:  a word that sounds like "nye-less".   With the help of his reporter Luke Whistler, who left Detroit and the Free Press for health reasons, Gus begins to investigate a story that is much more complex than it first appears.

The hockey connection in this series is that Gus was the goaltender for the River Rats, the local youth team when he was a teen.  He is (in)famous for allowing the goal that lost the Rats the state championship in the 1970s.  After some legal trouble working as a reporter in Detroit, Gus returned to his hometown, and now plays for the Chowder Heads of the Midnight Hour Men's League and, oh yes, working as the executive editor of the local newspaper, the Pine County Pilot. 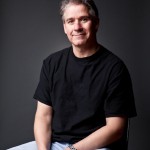 Bryan Gruley brings the small northern Michigan town and its inhabitants to vivid life.  The mystery is a complex one, and even those who know nothing of hockey will be drawn into the tangled web of small-town history and politics.

It's not necessary to have read the previous books in the series to understand this one, but a reader who starts with The Skeleton Box will definitely be eager to read Starvation Lake (2009) and The Hanging Tree (2010).


FTC Full Disclosure:  Many thanks to the publisher for sending me a copy of the book to review.
Posted by Unknown at 3:00 AM